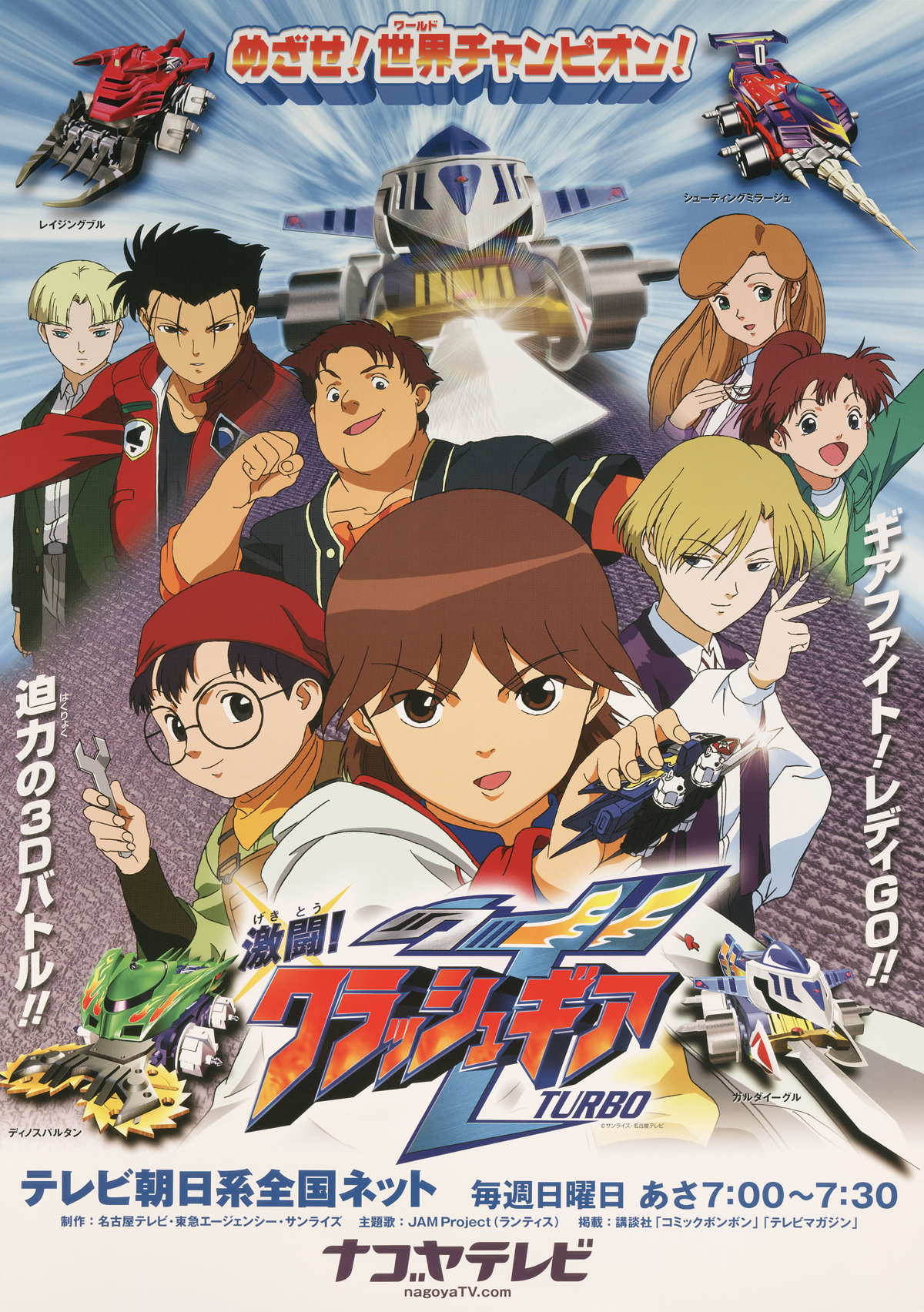 Kouya, a 5th Grade boy, loves a game called “Crush Gear.” His Crush Gear technique is not so good at first, but he develops with some help from friends. “Crush Gear Turbo” is not only a story of battles with machines called “Gears.” It is also the story of friendship, victory, and growth. By customizing his Gear by himself, Kouya comes to feel that it is in an important friend. And that feeling leads him to victory. Also, by recognizing the same feelings in his opponent, he becomes friends even with his rival.