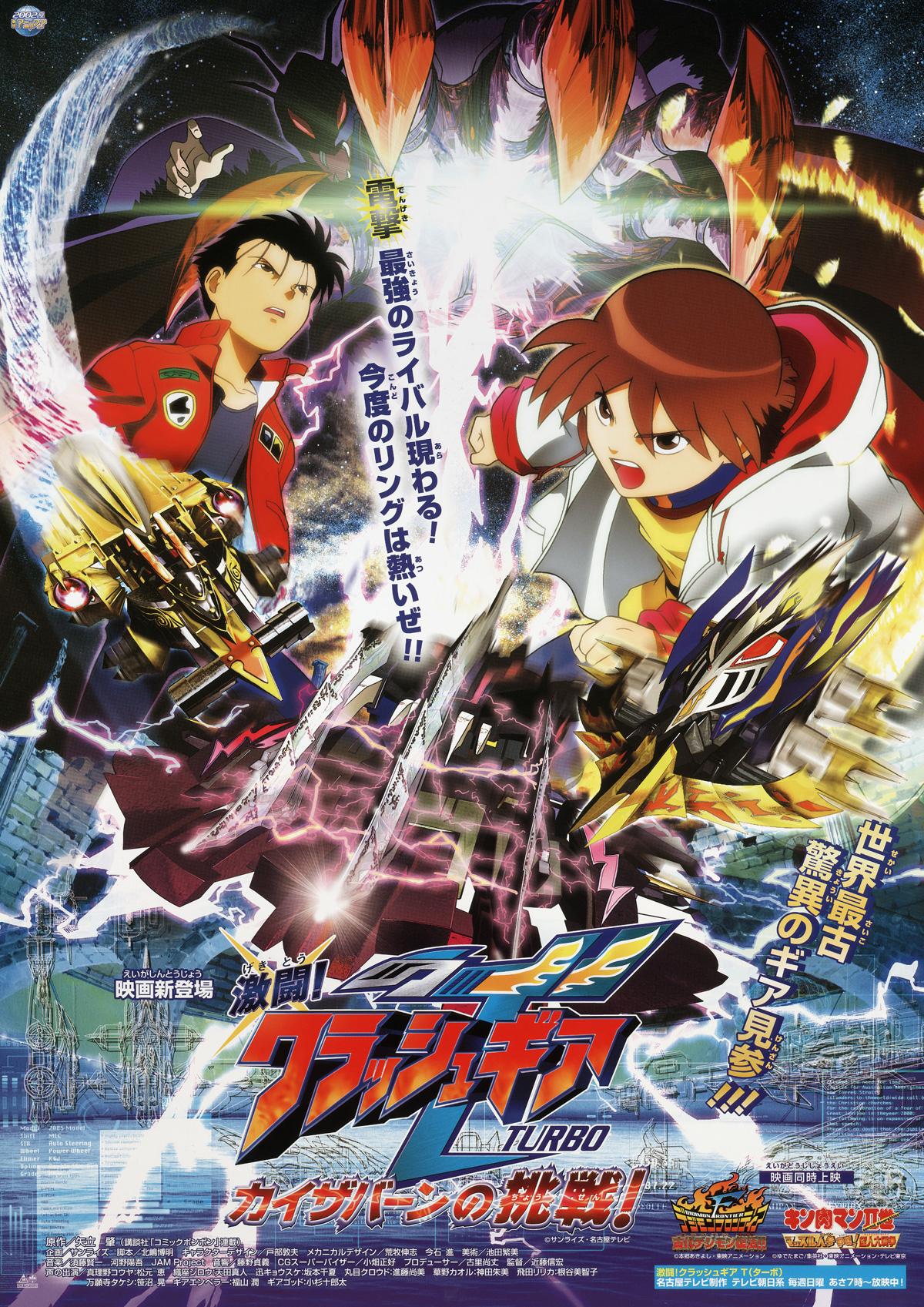 Having gained great popularity as a TV series and toys, Crush Gear Turbo here becomes a movie for the first time. The very first Gear even made in the world is stolen. The gear, named Kaiservern, beats the prize winners of the Australia convention one after another. Kouya and Manganji, which won a prize in the Asia Convention, become targets too. When the unidentied gear fighter who handles Kaiservern appears in front of Kouya and Manganji, the two boys decide to fight together to win victory over their enemy.