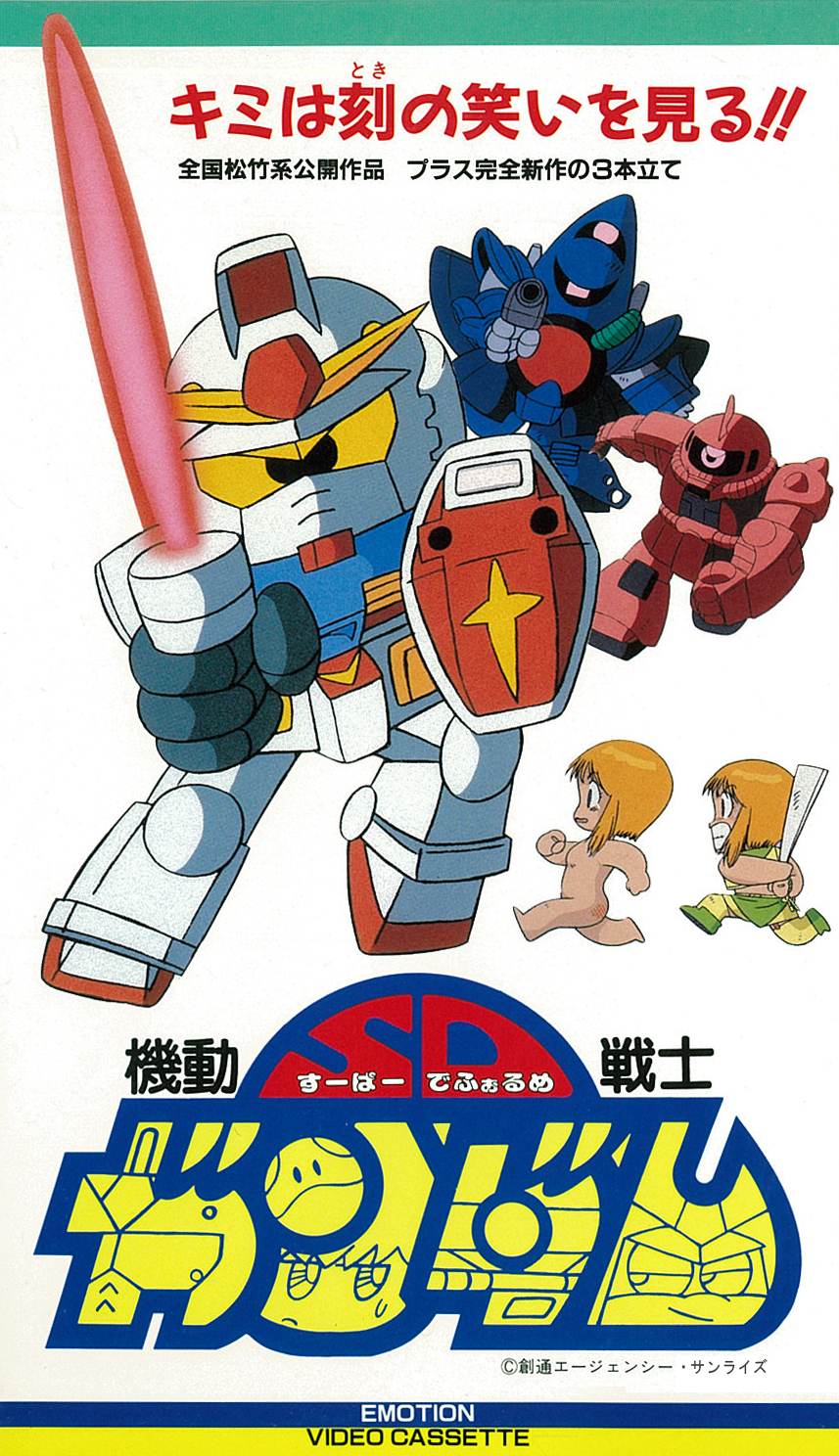 The SD Gundam OVA series is available with 8 episodes in one package. A comical series of short episodes about the adventures of mecha and characters that appear in the Gundam series, but reduced to 2-3 heads high. "SD" is short for "Super Deformed," and it originally began as illustrations and parody manga that appeared in magazines, then expanded into a toy franchise that included capsule toy figures and trading cards. The franchise has grown to include several episodes, OVAs, and theatrical features.