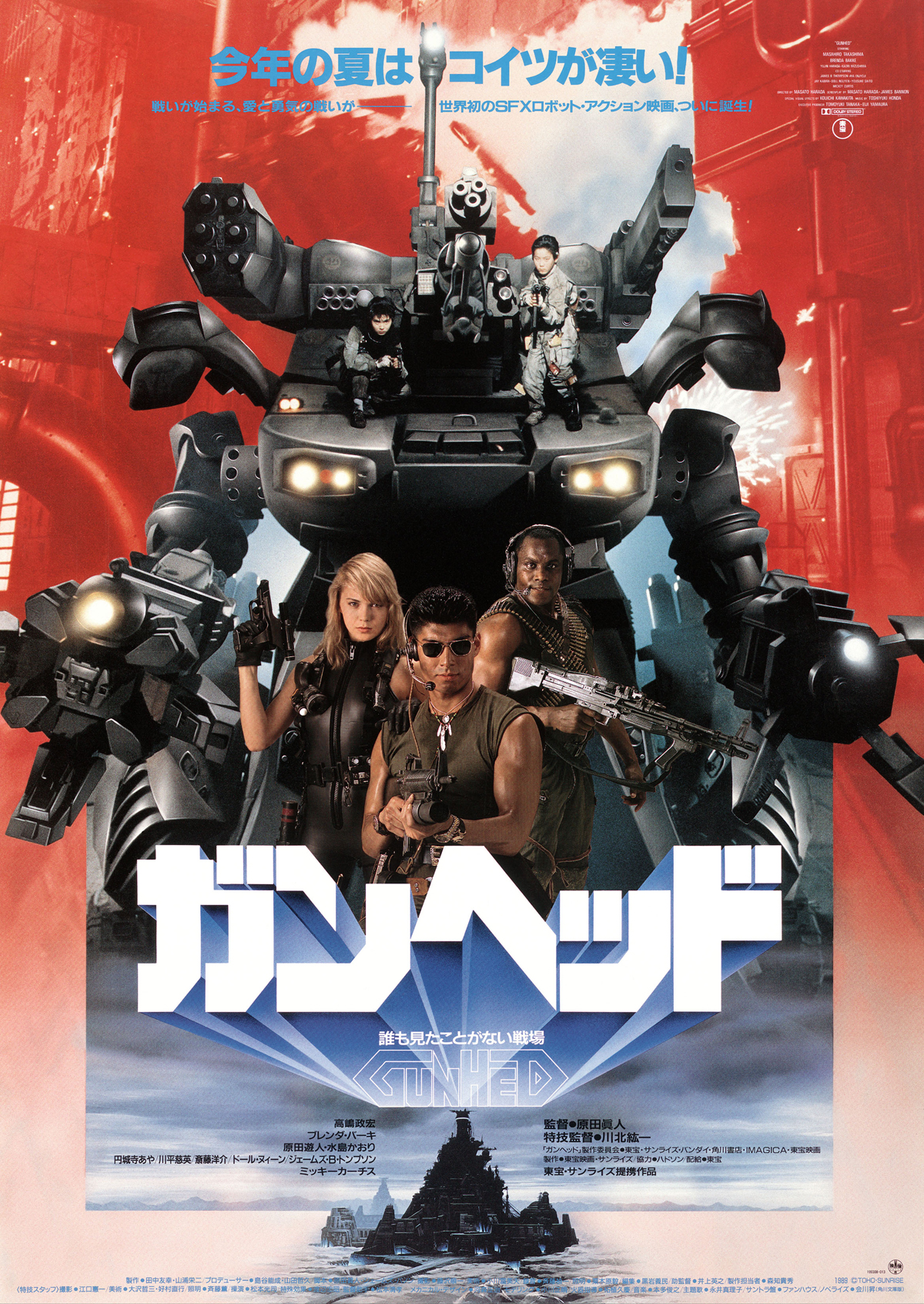 The first live action movie produced by Sunrise. In 2039, “Mother Tower,” the first trial robotic factory in the world, was under construction on Island 8JO, which was controlled by the super computer, Kairon 5. At its central base, fourteen years ago, Kairon 5 declared war against the whole world, and later mankind surrendered unconditionally. A few years later, a Japanese youngster finds a legendary fighting machine called Gunhed Unit 507 and uses it to begin fighting against Kairon 5 with all his might.