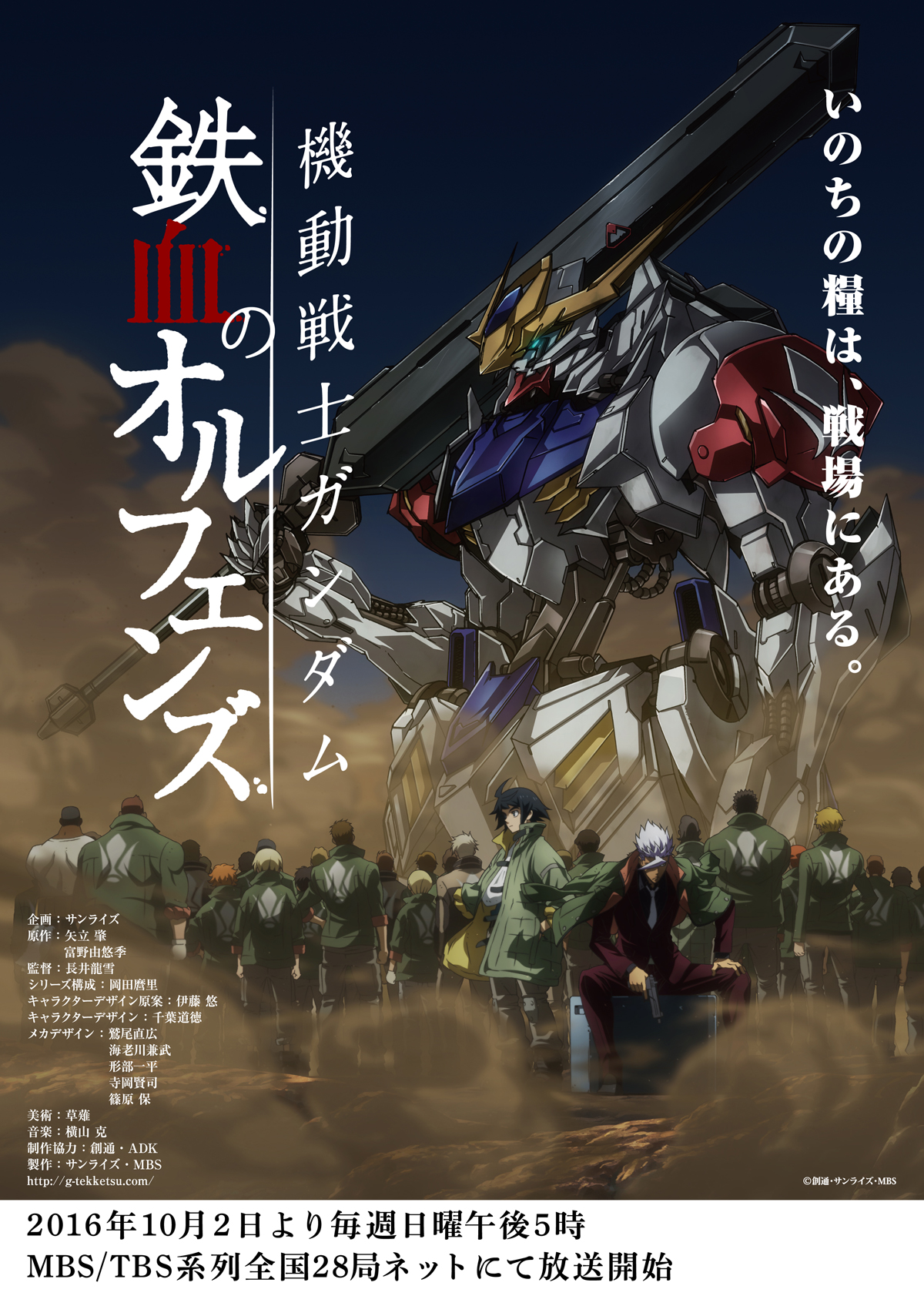 Mikazuki Augus is part of Tekkadan, an organization that jumped to fame from the battles involving the escorting of Kudelia Aina Bernstein to Earth and the Arbrau primary elections. The conflict exposed the corruption of Gjallarhorn as well, and the world was changing slowly but surely. Tekkadan, with the rights to halfmetal as negotiated with Arbrau, became a direct affiliate of Teiwaz. That resulted in abundant funds and more people interested in joining, growing massively to even have a branch on Earth. Kudelia, learning about the world from her journey to Earth, founded Admoss Company to strive for the financial independence of Mars both in reality and in practice. However, there are many who do not look favorably about the rise of the youngsters who are trying to start something new. Admoss Company will be inspecting a mining site of halfmetal, and hired Tekkadan to guard them. There, the leader of Tekkadan, Orga Itsuka, senses an attack from a new enemy. Under Orga’s command, Tekkadan, including Mikazuki in the mobile suit Gundam Barbatos Lupus, head out to repel the enemy.