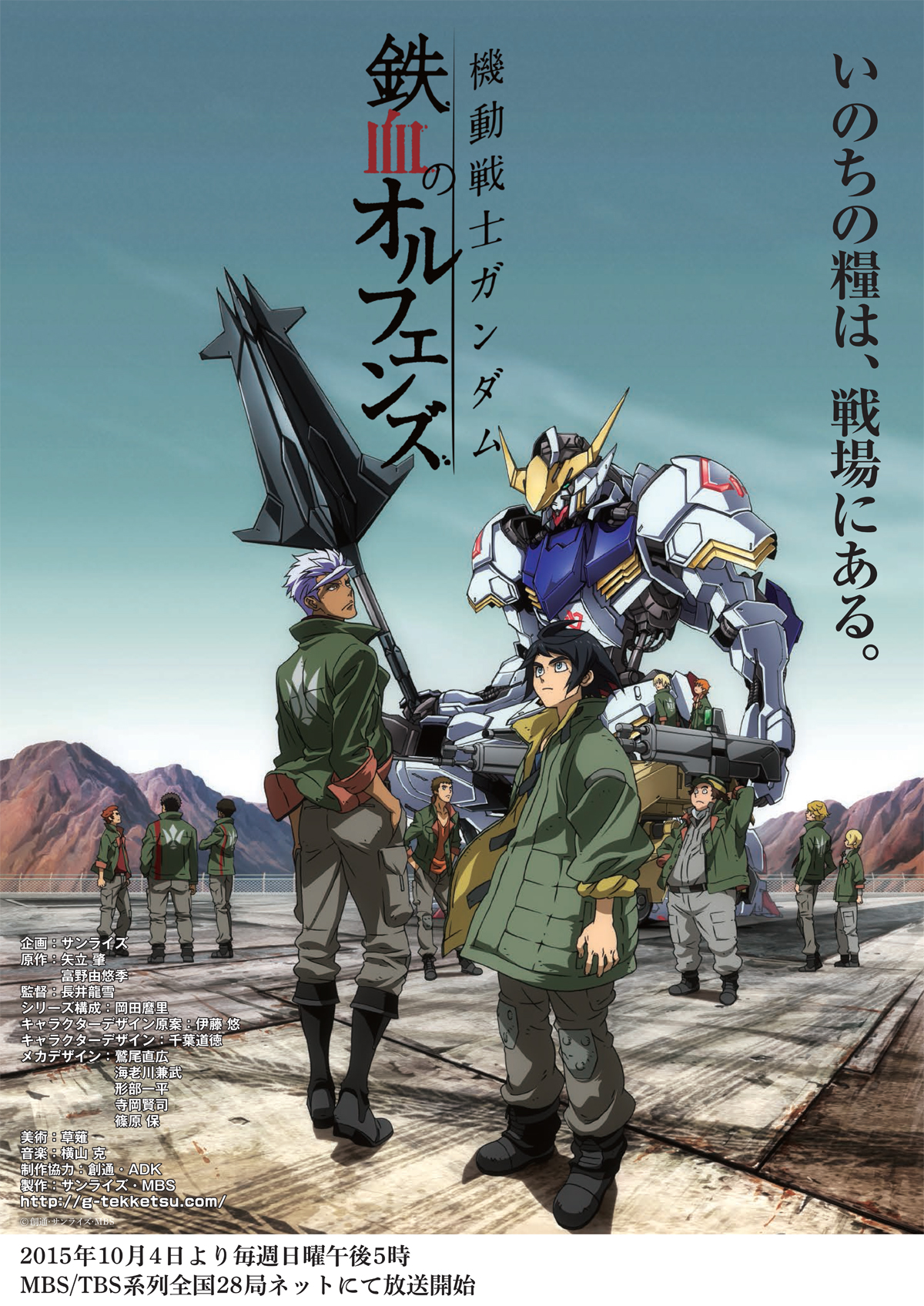 Roughly 300 years after the Calamity War, a new world order is maintained by the military organization Gjallarhorn, but the seeds of a new conflict are being sown on Mars. A private security company accepts a mission to escort the revolutionary leader Kudelia Aina Bernstein to Earth, and the company's child soldiers rise up in revolt against the adults who betrayed them. Among them is Mikazuki Augus, who becomes the pilot of the Gundam Barbatos, a dreadful relic left over from the Calamity War.