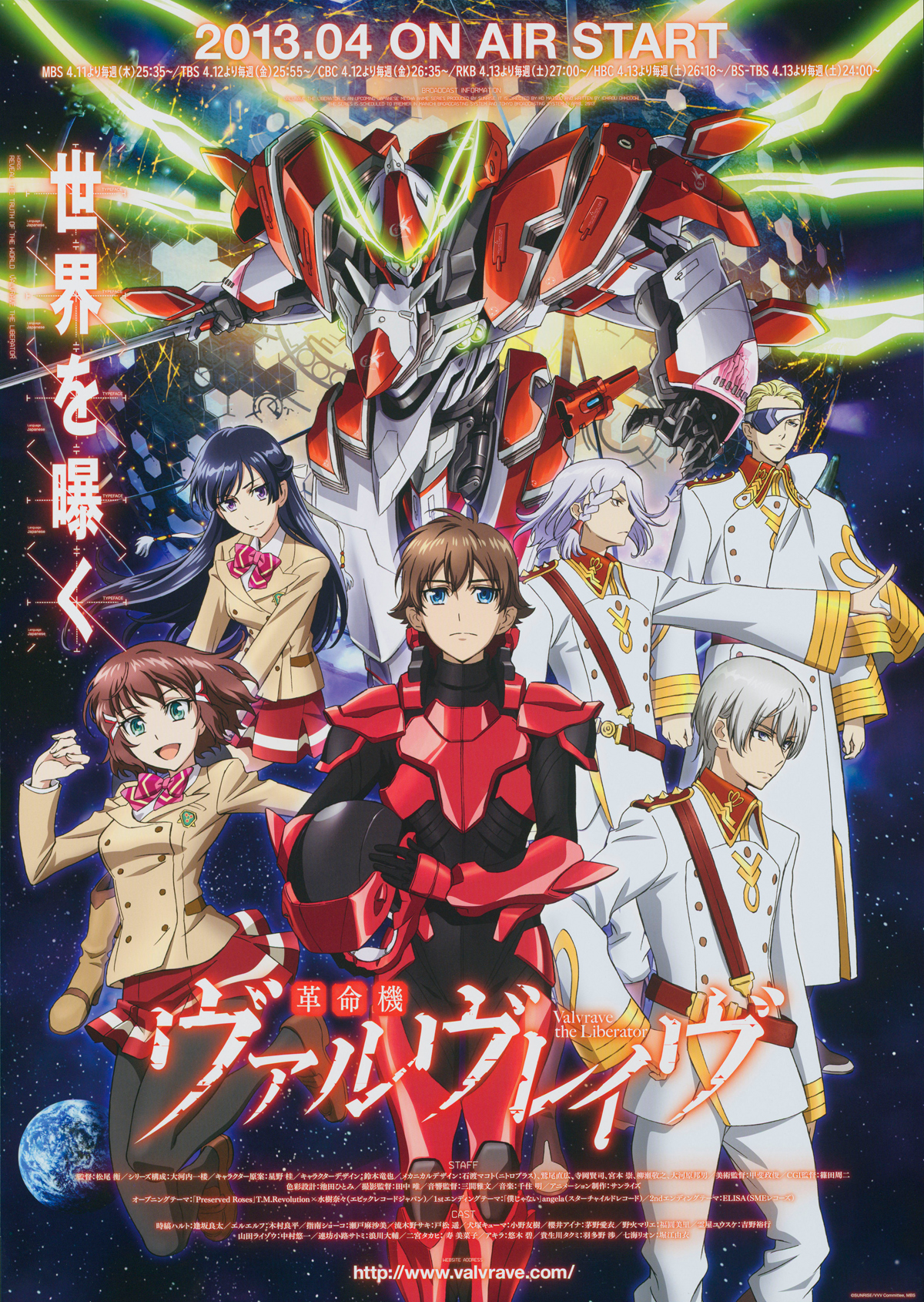 In a new age where 70% of the human population lives in space, the world is divided into two main powers: Dorssia, a power which grew out of a military alliance, and the ARUS, which grew in power as it expanded its trade agreements. Haruto Tokishima lived an ordinary life as a high school student in the peaceful and neutral nation of JIOR, until the Dorssian military begins their sudden invasion! But the whole world will be shaken when Haruto meets the mysterious humanoid weapon, Valvrave!