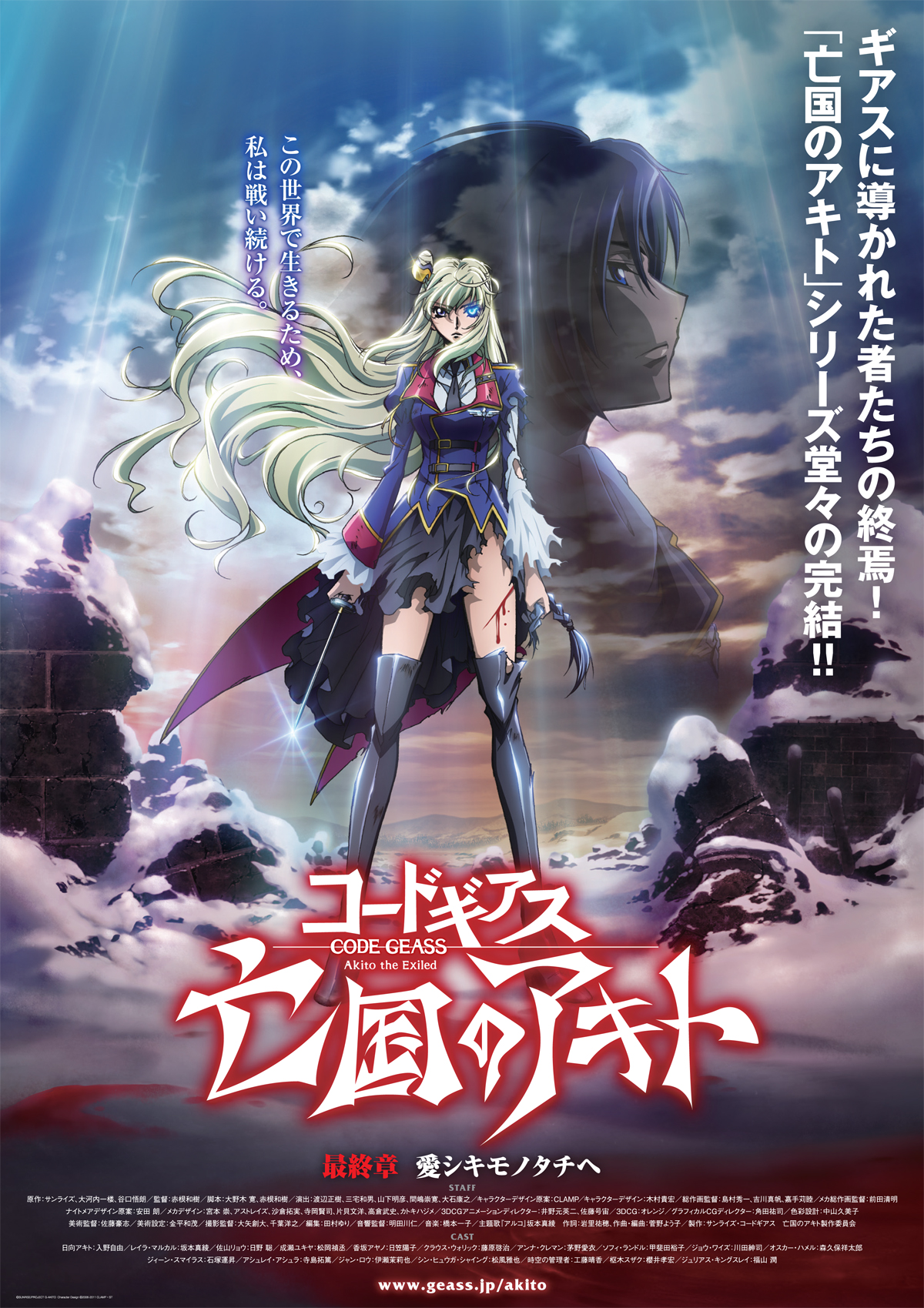 2017 ATB. Having been deprived of the right to succession, the youth Lelouch became the masked man “Zero,” and engaged in resistance activities as part of the large-scale “Black Rebellion” against his mother country, the Holy Britannia Empire. As Anti-Britannian sentiments swell, the Britannia Empire employs overwhelming military might to maintain control. Meanwhile in Europe, here too the European Union’s line of defense has been gradually falling back against the Britannia Empire’s overpowering invading forces. Clearly facing defeat, the EU army forms a special forces unit called “W-0” and pilot Hyuga Akito becomes a member. The W-0 unit is a Nightmare team composed only of EU reservists and Japanese youths, and with former Britannian nobility Layla Malkal in place as commanding officer they are thrown into a reckless operation with a minimal chance of survival.

CODE GEASS Lelouch of the Rebellion