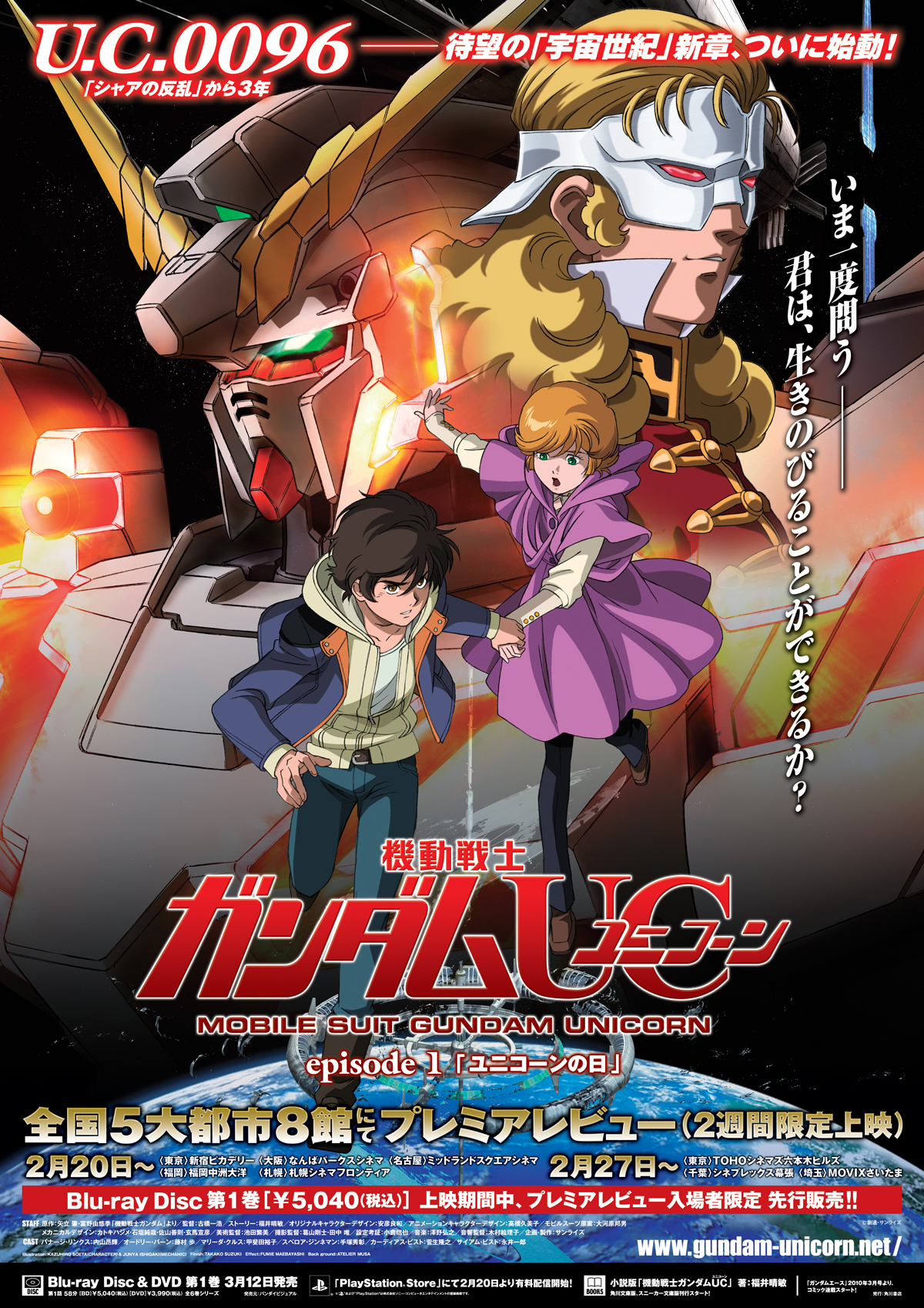 TU.C. 0096, three years after the end of the Second Neo Zeon War. The mysterious Vist Foundation attempts to hand over a certain secret to the Neo Zeon remnants known as the Sleeves. This will mean the opening of Laplace's Box, which holds a great secret tied to the origins of the Universal Century. The exchange is to take place at the manufacturing colony Industrial 7, home of the student Banagher Links. When Banagher rescues a girl who gives her name as Audrey Burn, he is drawn into the conflict surrounding Laplace's Box.