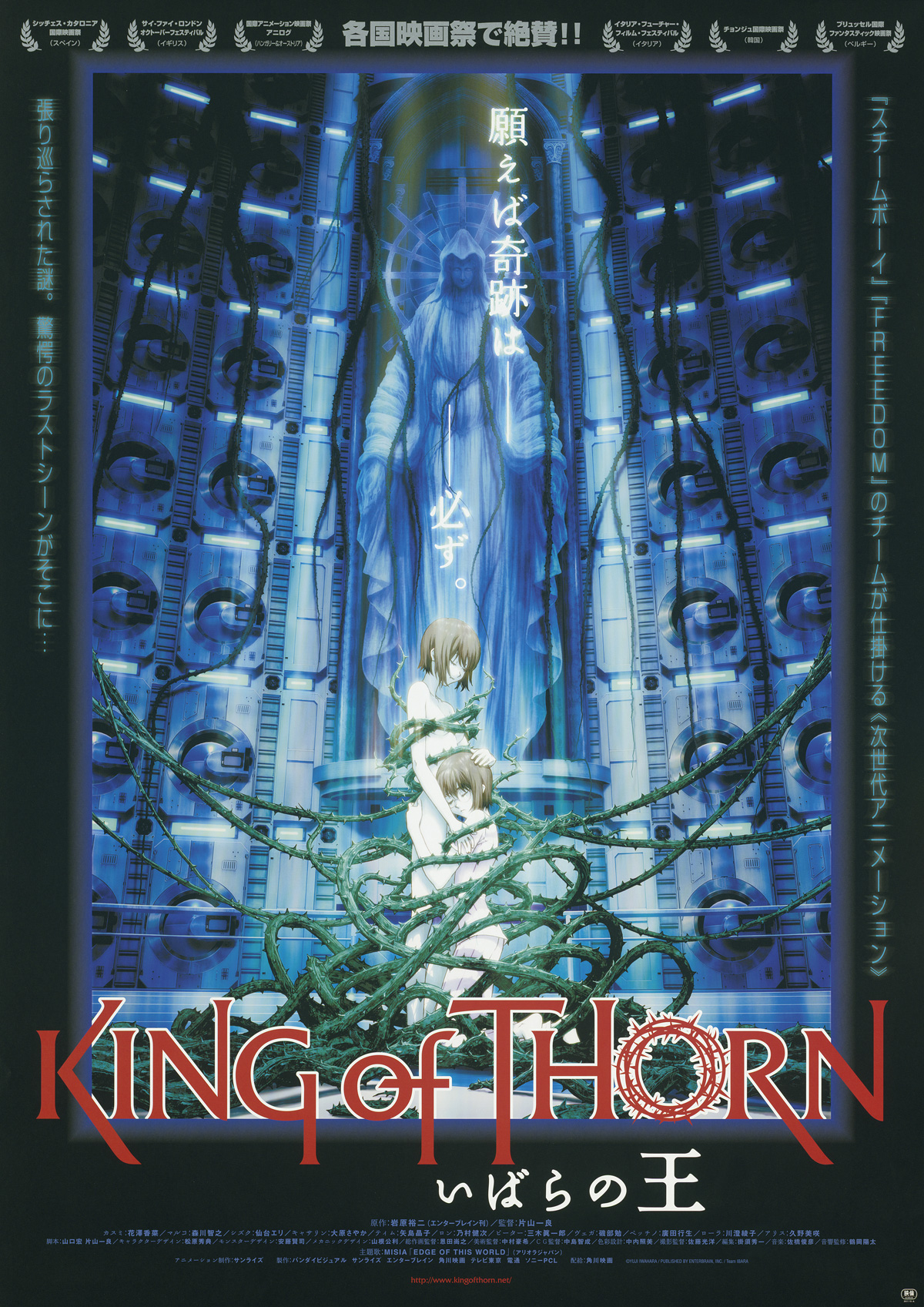 Title
King of Thorn
Year of Production
May 01, 2010
Number of Episodes

Only seven survivors... Will they escape from the castle of thorns? A disease called “Medousa”, that kills by turning the body into stone, has become a worldwide epidemic. Hoping for a remedy to be found in the future, some infected people are chosen to be put in cold sleep capsules in the underground facility of an ancient castle. Set upon by the monsters, they panic during escape… only seven of the Medousa sufferers survive. How long have they been asleep? And what’s happened to the world? The monsters continue to attack relentlessly. And the time limit until the disease consumes them approaches constantly. And so the curtain opens o the mystery-veiled escape drama.