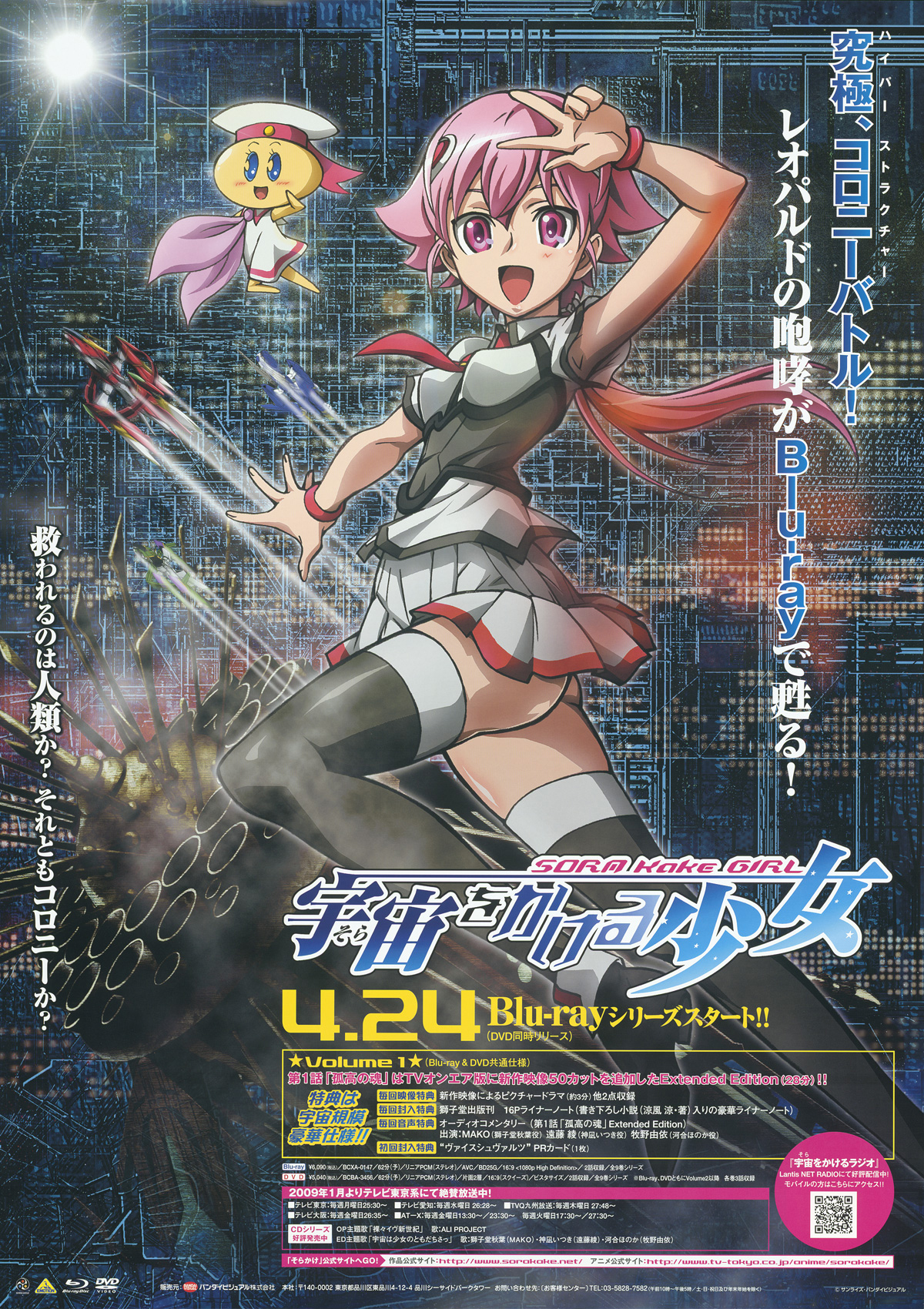 THE GIRL WHO LEAPT THROUGH SPACE

Title
THE GIRL WHO LEAPT THROUGH SPACE
Year of Production
January 05, 2009
Number of Episodes
26

Akiha Shishido still hasn't figured out what she wants to do in life, which is normal for a high school girl unless you're a daughter of the powerful and influential Shishido Foundation. Then one day, a mysterious brain colony controlled by the A.I.Leopard appears out of hyperspace. Akiha's life turned upside down and she is forced to search for parts to repair Leopard. While disobeying direct orders from her superiors Itsuki Kannagi of the Inter-Colony Police begins her undercover investigation into the appearance of Leopard and its connection to Akiha. Eventually, Itsuki joins forces with Akiha to battle the malicious brain colony Nerval who seeks to enslave all of humanity.