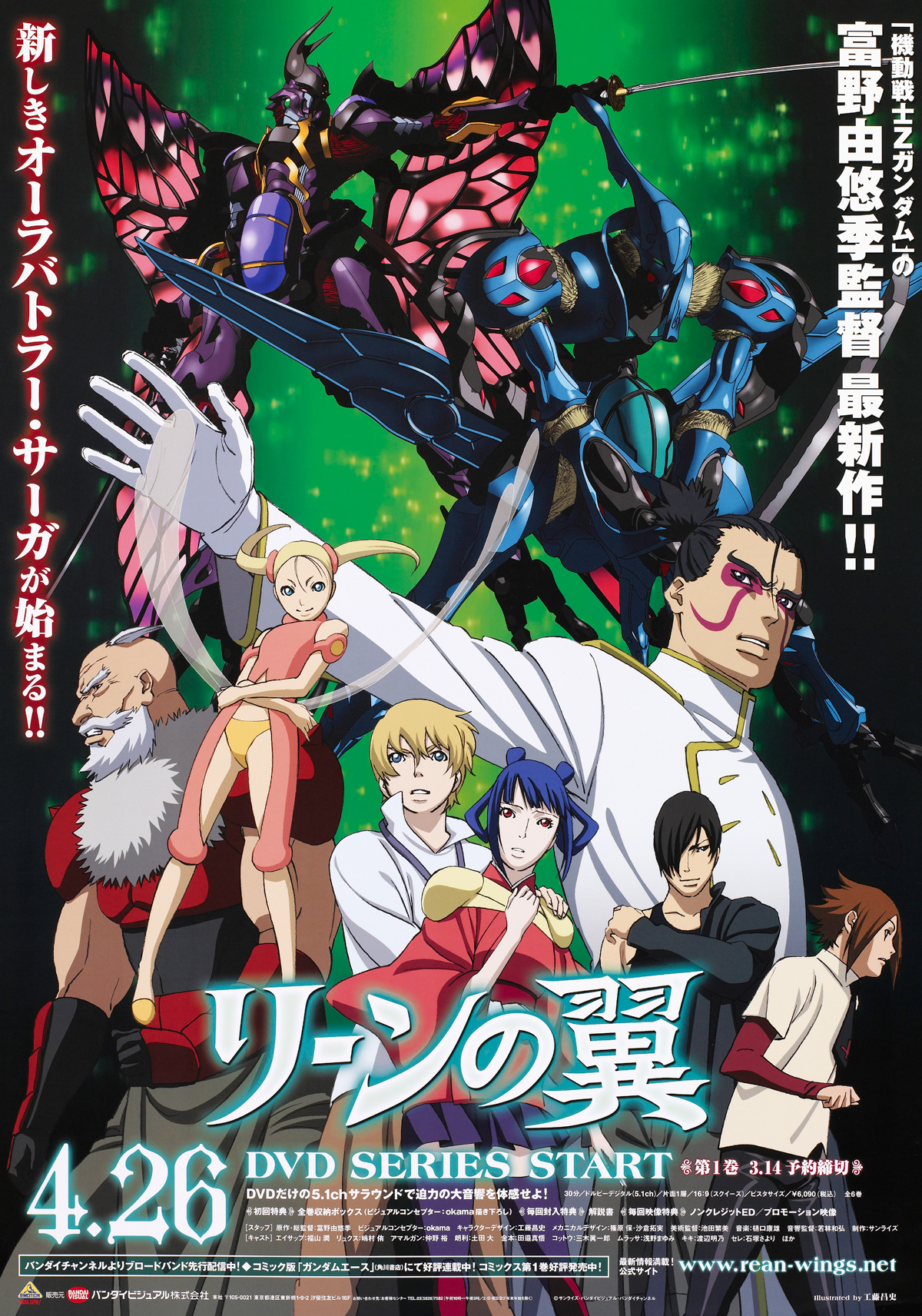 THE WINGS OF REAN

Title
THE WINGS OF REAN
Year of Production
December 10, 2005
Number of Episodes
6

A terrorist incident occurs at an American military base in Yamaguchi Prefecture, and the ones responsible for it are Aesap Suzuki’s two friends. As he’s being chased by the military and the police, Aesap suddenly sees a flying warship appear out of the glowing sea. And out of the ship comes a girl with wings of light on her boots. She is the princess of another world called Byston Well which lies at the point of contact between the seas and the earth. Thrust into the middle of the chaos of war, what does destiny have in store for Aesap?!