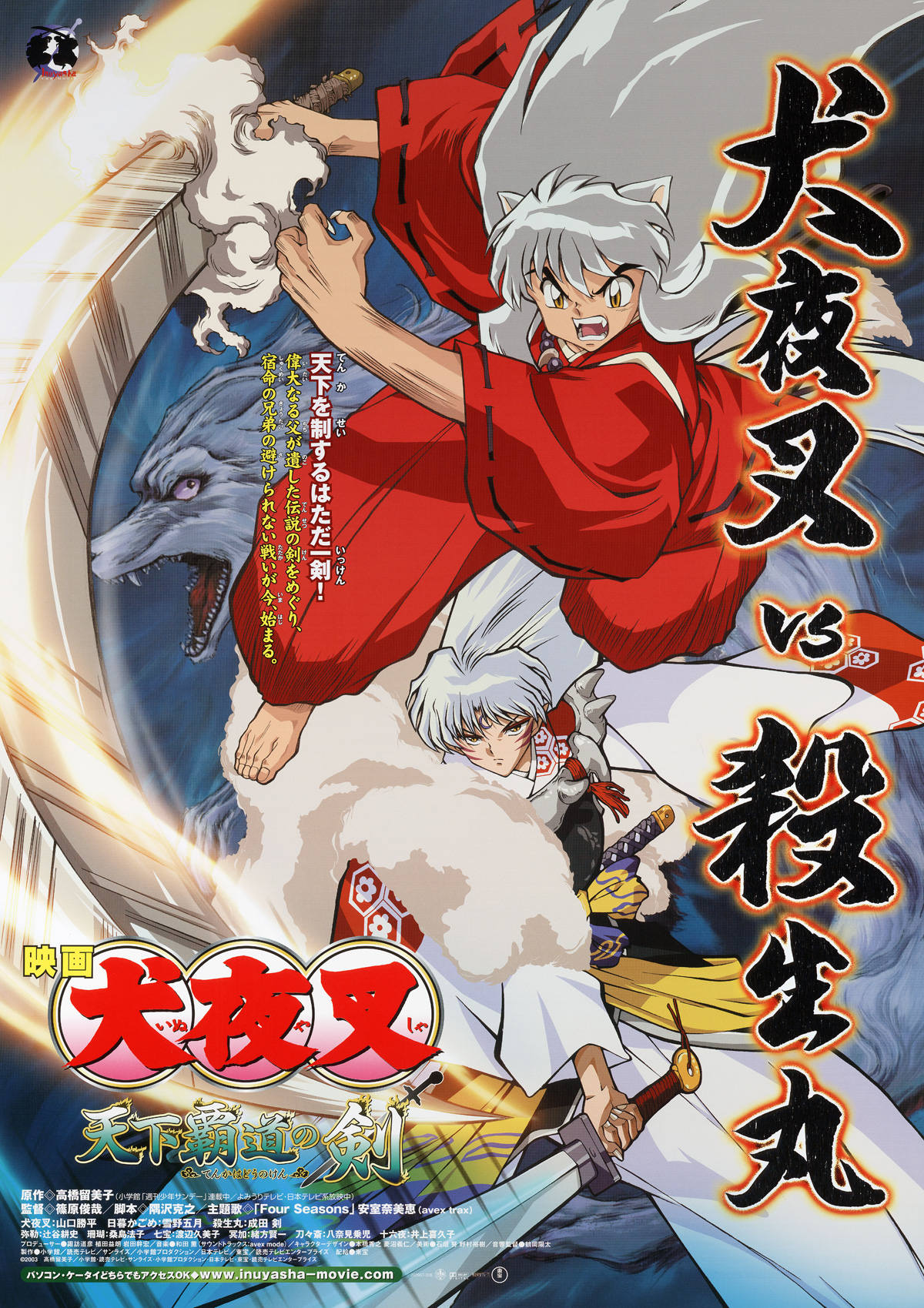 INUYASHA THE MOVIE : Swords of an Honorable Ruler

Title
INUYASHA THE MOVIE : Swords of an Honorable Ruler
Year of Production
December 20, 2003
Number of Episodes

Two legendary swords were forged from the fangs of Inuyasha’s legendary father: Tessaiga, wielded by Inuyasha, and Tenseiga, wielded by his half-brother Sesshomaru. And now a third sword Sounga appears with the power to dominate the three worlds: the heavens, the underworld, and the earth. After 700 years Sounga is unleashed, tearing a rift in the barrier between the underworld and the earth and stirring the restless souls. The complicated wheels of destiny begin turning, and an epic battle between the brothers ensues!

INUYASHA THE MOVIE The Castle Beyond the Looking Glass

INUYASYA THE MOVIE : Fire on the Mystic Island