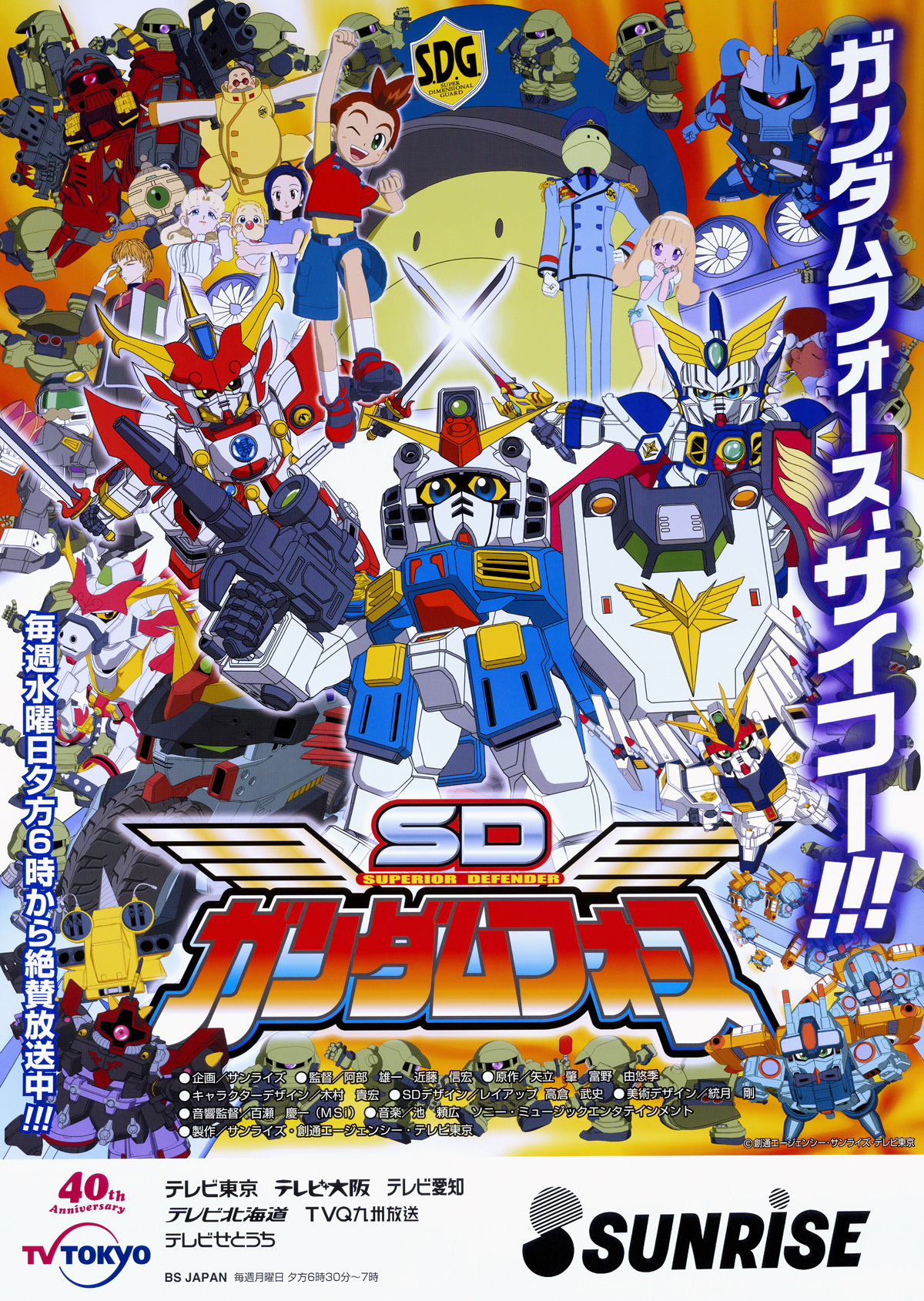 Neotopia is a world where humans and robots live in peace and harmony. However, it is suddenly invaded by the evil forces of the Dark Axis. The Dark Axis is trying to change all organic life forms into stone, and take control of the AIs of all the robots and mobile citizens. To fight against this invasion, the Super Dimensional Guard (S.D.G.) is secretly formed. Captain Gundam, the hero of the S.D.G., is joined by Shute, a brave young boy whose encouragement and support helps him accomplish his missions.