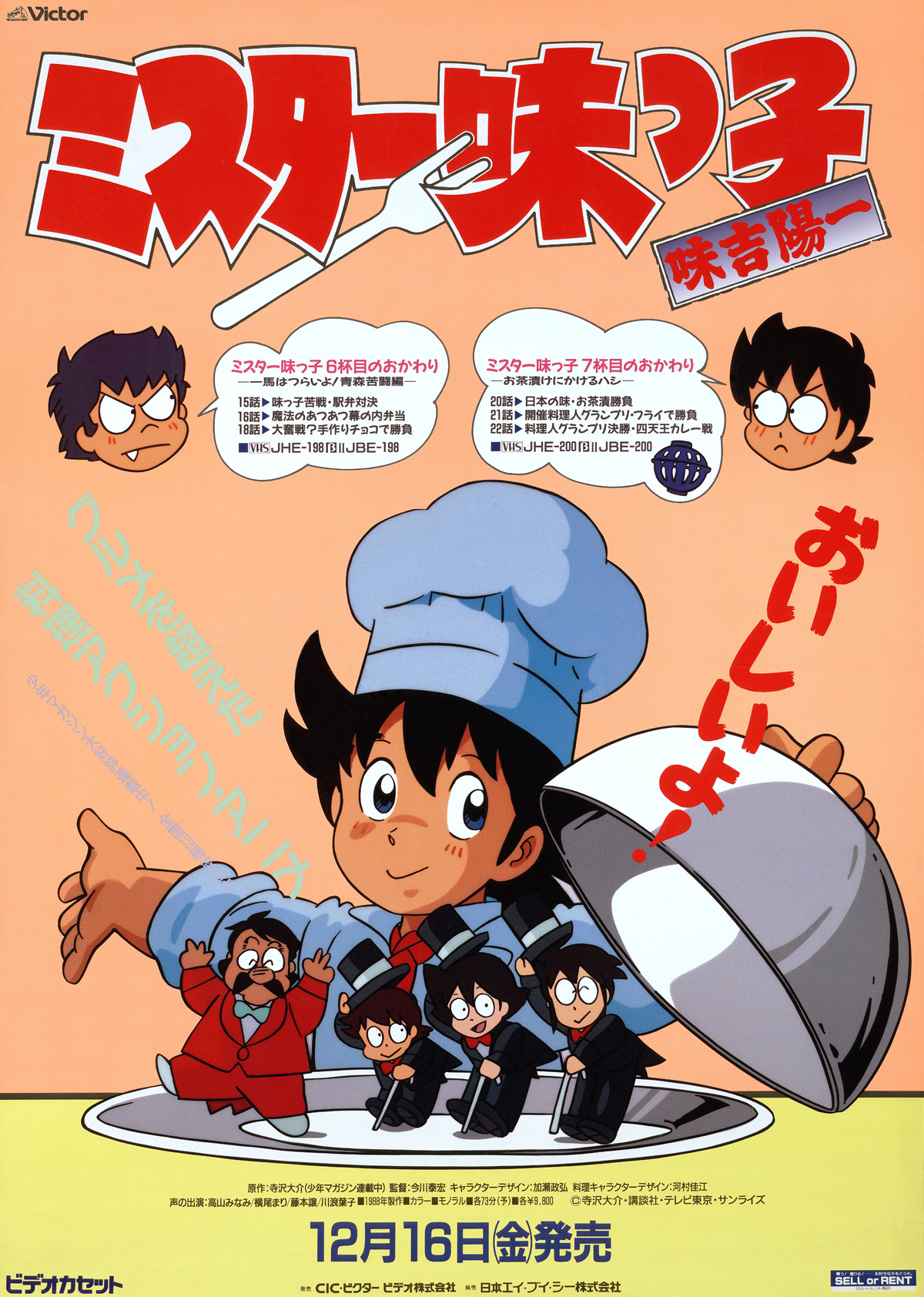 Japan’s cooking world is reigned over by the Ajio Cuisine Society. The president and “flavour emperor” of the society is Genjiro Murata, and by sheer accident he ends up visiting an eatery called “Hinode” in Shitamachi. In a gentlemanly manner, the emperor tries his chopsticks in katsu-don made by Yoichi. This was how the flavour emperor and the culinary genius Yoichi, aka Ajikko met. A new path of cooking competitions and explorations begins for Yoichi here seeking the heights of cuisine excellence!