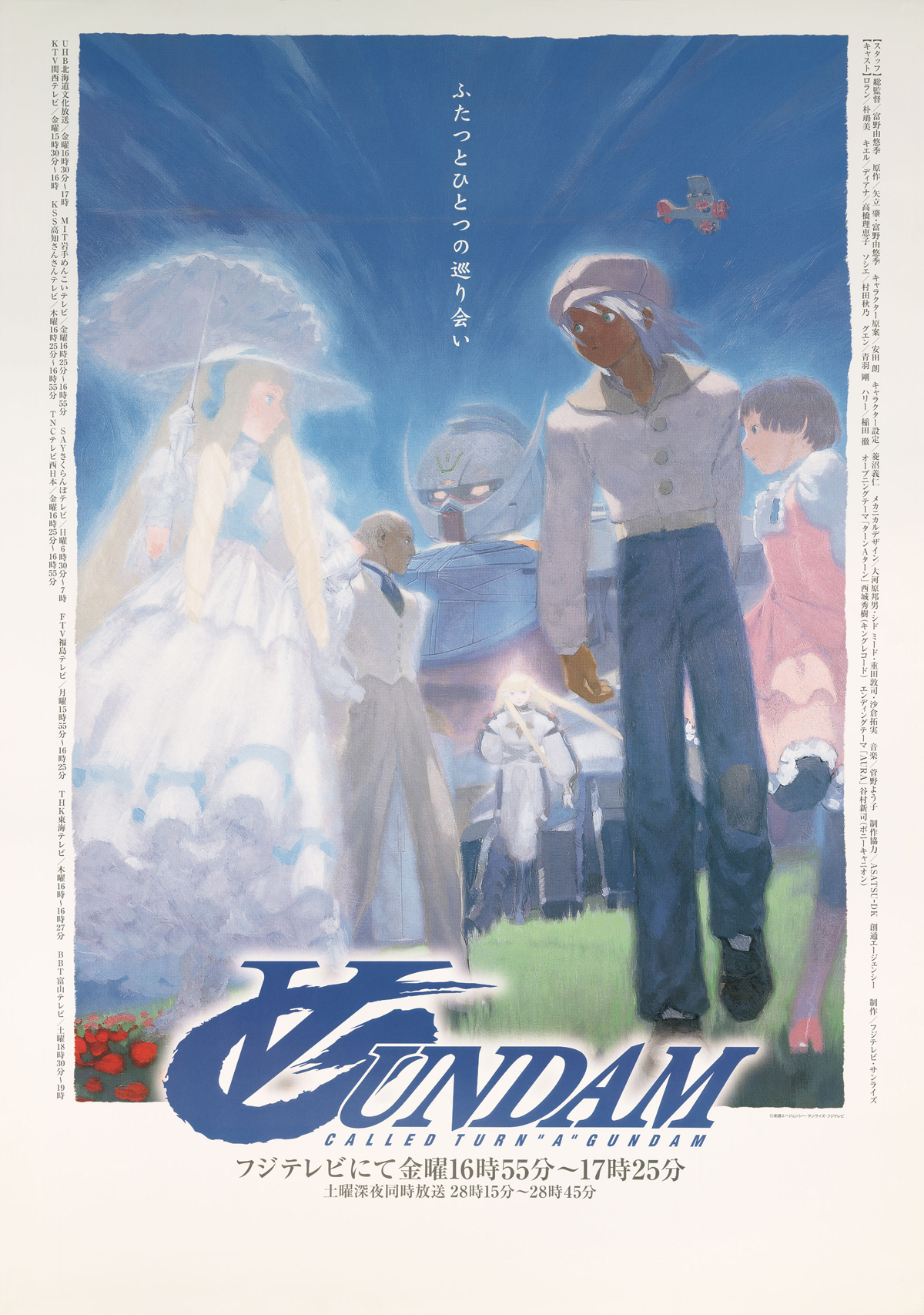 Loran Cehack, a member of the lunar Moonrace, is sent to Earth as a scout for the return of his people to their mother planet. But Earth's rulers have formed a militia to oppose the handover of their land to these aliens. With their outdated biplanes and fighting vehicles, the people of Earth are utterly helpless in the face of the Moonrace invasion and its huge walking robots. Then Loran discovers a relic from the space age, a mobile suit called Turn A, and becomes the last hope of Earth's militia.